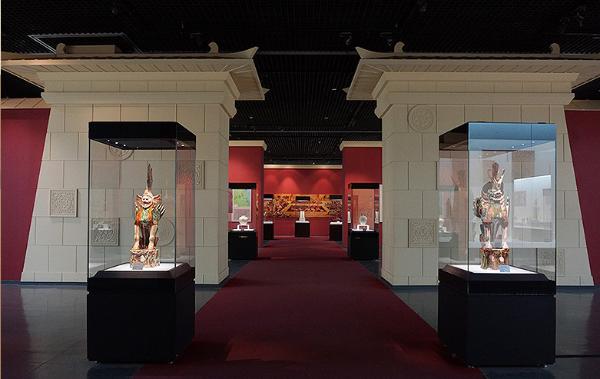 Located in a more than 4000 year-old city that was the capital of 13 past dynasties and kingdoms it’s no wonder that the Luoyang Museum is a treasure trove of Chinese civilization. It was established in 1958 at a different location, and rebuilt on its current site in 2011. The overwhelming rectangular structure resembles an ancient Chinese ritual object - the ding pod, a paragon of the legitimate imperial power - symbolizing the crowning glory of the city in Chinese history.

Ever since the founding of the museum in the 1950s its signature permanent exhibition has been on “He-luo Culture”, which was nurtured in the junction areas of the Yellow River and its tributary, the Luo River. Luoyang is nestled in that junction. Stone tools, jade, potteries, metal wares, ceramics and bone and tusk sculptures are displayed in chronological order from prehistory to the 13th century. The exhibition features significant incidents, and historical heritages as well as important figures, inventions and technologies.

Other permanent exhibitions focus on artifacts representing every artistic category of Chinese culture, including traditional paintings and calligraphy, bronze wares, religious sculptures, pottery figures, and furniture. The Gallery of tri-color figurines displays some 200 pottery figurines, used for burials, which date from the late 7th century to the first half of the 8th century: a testimony to the Chinese tradition of the living serving the needs of the dead.