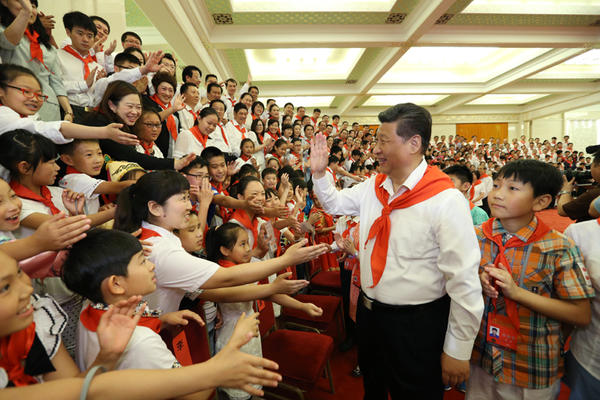 President Xi Jinping meets with representatives attending the 7th National Congress of the Chinese Young Pioneers at the Great Hall of the People in Beijing, June 1, 2015. [Photo/Xinhua]

BEIJING -- President Xi Jinping has wished children of all ethnic groups across the country a happy International Children's Day, which falls on June 1.

Xi, also general secretary of the Communist Party of China Central Committee and chairman of the Central Military Commission, called on children to study hard, firm up their ideals and convictions and develop strong bodies and minds to get prepared for realizing the Chinese Dream of national rejuvenation.